Victoria Coates, a former top official on the National Security Council, on Sunday denied new allegations she was the author of an inside-the-White House tell-all book by “Anonymous.”

“The allegations published in Real Clear Investigations are utterly false. I am not Anonymous, and I do not know who Anonymous is,” Coates said in a new statement.

“We are continuing to explore all available legal options,” Mitchell added.

Coates was accused of being the author of the book, “A Warning,” and a New York Times essay deeply critical of President Trump, written under the pen name “Anonymous.”

In the book, published by the Hachette Book Group last November, the writer claimed senior administration officials considered resigning as a group in 2018 in a “midnight self-massacre” to protest Trump’s conduct, but ultimately decided such an act would do more harm than good.

Trump in February renewed questions about the identity of “Anonymous” when he told reporters that he knew who it was. Asked whether he believed the person still worked at the White House, Trump responded: “We know a lot. In fact, when I want to get something out to the press, I tell certain people, and it’s amazing, it gets out there. But, so far, I’m leaving it that way.” 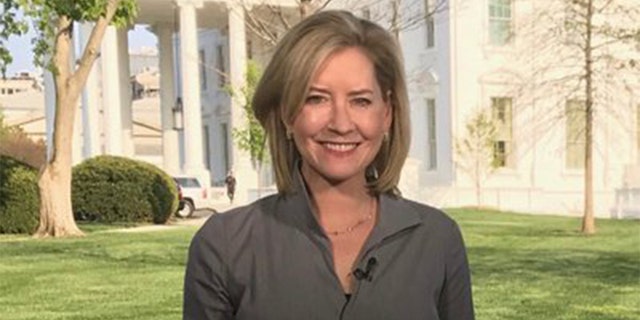 Coates served as national security adviser for the Middle East and North Africa before joining the Energy Department as a senior adviser this past February.

The Real Clear Investigations story added: “Rather than fire Coates, the White House has quietly transferred her to the Department of Energy, where she awaits special assignment in Saudi Arabia — far from the president.”

The Trump administration in February denied the accusations behind the job move.

“We are enthusiastic about adding Dr. Coates to DOE, where her expertise on the Middle East and national security policy will be helpful,” Secretary Dan Brouillette said in a statement. “She will play an important role on our team.”

“While I’m sad to lose an important member of our team, Victoria will be a big asset to Secretary Brouillette as he executes the president’s energy security policy priorities,” National Security Adviser Robert C. O’Brien added.

Americans increasingly turning to fresh Christmas trees during pandemic: ‘It really is a memory maker’