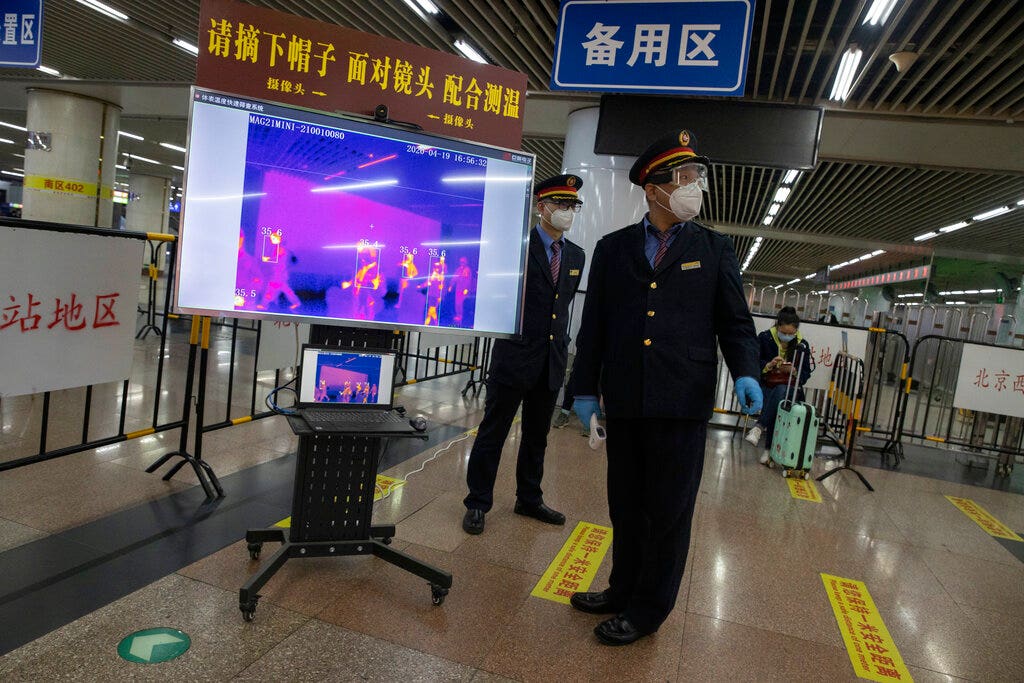 Get all the latest news on coronavirus and more delivered daily to your inbox. Sign up here.

A newly uncovered claim, from a Chinese-produced program broadcast to the Arab world last month, suggested the U.S. may be responsible for the COVID-19 pandemic, according to a transcript released Friday from a media research group.

The debunked charges were made by a “Ms. V,” a Chinese vlogger, during an episode of “China View,” broadcast on CGTN Arabic TV, a subsidiary of a state-owned media organization in China. The channel has had at least 14 million viewers.

On the March 17 episode, Ms. V told Arab audiences that COVID-19, which has infected more than 2.4 million and killed at least 165,000 globally, did not come from a seafood market in Wuhan as originally thought.

“Chinese researchers reported in a new research that the transmission of the new coronavirus had started since last December outside this market,” she said, according to the Middle East Media Research Institute (MEMRI), which has monitored TV and social media throughout the Arab world.

“The virus may have transmitted from a source or other sources to the seafood market, where the rapid spread of transmission began due to the presence of a large number of close contacts within this place, and the research also reported that the virus had started spreading after the Wuhan International Military Games ended in October 2019. So, it is expected that the ‘patient zero’ in China has come from outside China,” she reportedly said.

“Ms. V” attributed some of her claims to a recent report from the Asahi Corp. of Japan indicating that a surge of coronavirus in the United States was sparked by influenza infections.

“This news has caused a widespread debate on social media about the possibility of the virus being transmitted to China from abroad during the period of the Military Olympic Games in Wuhan, which was attended by 109 countries, including the United States,” Ms. V said.

However, in an article published earlier this month in the South China Morning Post, reporter Robert Boxwell quoted Asahi Corp. as denying the existence of any such report.

Also, no evidence has emerged showing the U.S. military was responsible for transferring the coronavirus during the Military Olympic Games in Wuhan last October.

The baseless allegations went in hand with China’s massive public-relations campaign to avoid blame for the COVID-19 pandemic.

Last month, China’s Foreign Ministry controversially suggested – without evidence – that the U.S. Army had brought the coronavirus into China and demanded that the U.S. make its data transparent.